Born in Alexandria, drawing since age two, and now on his way to teach in Shanghai, Dan Thompson is leading a workshop next month focused on portraiture — specifically, painting the human head in oil.

Thompson said his goal for the workshop is to articulate a series of questions and problems in portrait painting, then address them each in turn. For example, he’ll give pointers on painting the neck — an under-appreciated and misunderstood part of portrait work, he said.

Anatomy will be an important part of the workshop — not the determining factor in a successful portrait, but a useful building block. Students of portraiture should know the interior structures first, then move beyond them, Thompson said. In the same way, workshop students will complete grisaille studies laying out an approach to light and dark before they add color.

To answer the question of what makes a successful portrait, Thompson pointed to the three criteria laid out by John H. Vanderpoel: action, construction, and character. The last, which refers to the subject’s personality, is what creates a sense of “vitality” in a portrait, Thompson said.

Thompson has taught at The Art League for years, but his first visit here was as a student. After starting in art as a two-year-old, then dabbling in music, he returned to art as a teenager. He graduated from the Corcoran, then took classes at other institutions (including The Art League) before being accepted to the New York Academy of Art, where he graduated valedictorian. (His full biography can be found on his faculty page.)

Before his June workshop at The Art League, Thompson will be traveling to the University of Shanghai to teach and advise residency winners from the New York Academy of Art. As exciting as that is, he said he’s still looking forward to teaching the “motivated community” of students here in Alexandria when he returns. 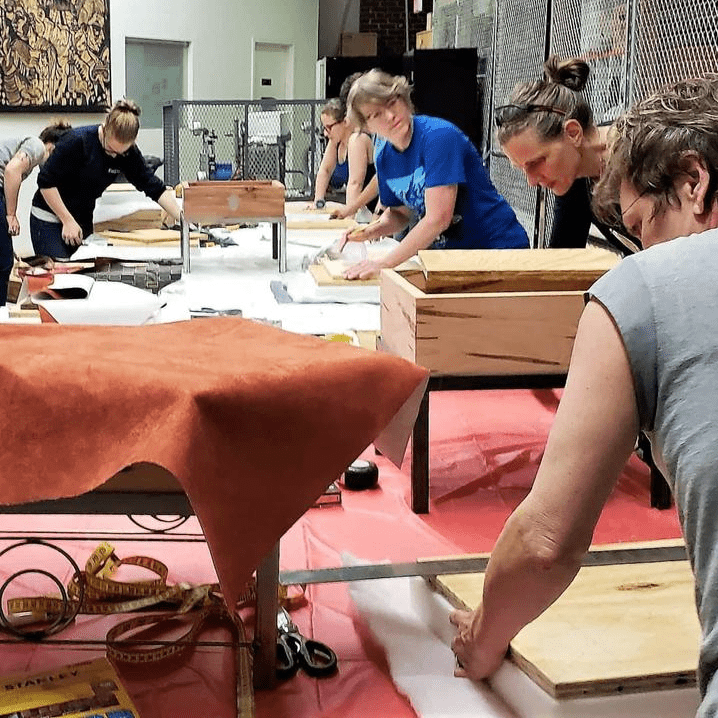